Showing posts from December, 2013
Show all

What happened to you! 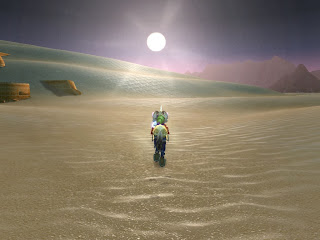 When we last left our intrepid adventure, Honorshammer, his guild had broken up and he was headed for new realms to conquer. I really had no conception how much the guild breakup would impact me. The game just wasn't the same without my old crew. That is to take nothing away from the new guild I joined. It was a great group of guys, but something was off. I was really torn about how I was spending my time online. Though the blog and Blizzard Short Story contests, I had a rekindled a love of writing, and there was a huge tension between time spent writing and time spent playing. My son was also getting to an age where sudden afks (away from keyboard) were real possibilities. No Pressure What I needed was a 'no-pressure toon.' A group needs their tanks to be bedrock members.I needed more flexibility to play when I wanted, some weeks a little and some weeks a lot. I don't think you can really do that as a tank. The most fun I was having at the time were the nigh
Post a Comment
Read more
More posts