Showing posts from April, 2014
Show all

Why Wildstar’s Endgame Will Work 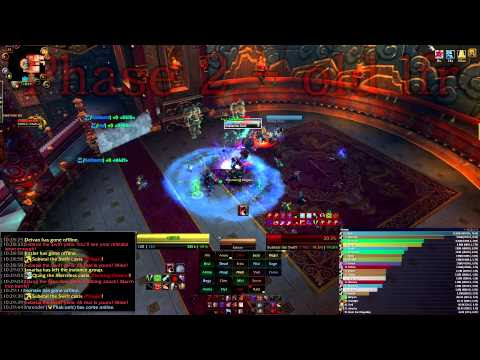 At PAX East, the major emphasis of the Wildstar team was on end game. Many people including Massively’s Wildstar writer, Eliot Lefebvre, are dismayed by the apparent emphasis on high end raids as the main PVE endgame in Wildstar. Wildstar has two raid sizes, 20 man and 40 man. If that feels a little Vanilla WoW to you it should. (cue Billy Mays voice) But wait, there’s more! They are also bringing back attunements. At level cap there is a lengthy quest chain that must be completed before you can start the 20 man raid. Completing the 20 man raid is required to start the 40 man raid. The attunement requirement is turned off in Beta to allow for more testing, but like the early mount that shortcut will not be in the live product. We will hear all the arguments about 40 mans we did in WoW. We will hear about how only 1% of the players see the content and how it’s a massive waste of limited developer and artists resources. These were arguments I believed and supported. I cheered
Post a Comment
Read more

Wildstar: Which Path to Take?

- April 17, 2014
In Wildstar, you select both a class and a path at character creation and neither can be changed later without rerolling. Classes are fairly straightforward and help define your role (Tank/Heal/Ranged/Melee). Bartle Paths Paths are different. They constitute about 30% of your leveling experience and in theory map to the famous Bartle types . In practice, the correlation between Bartle Types and Paths seems a bit forced. Bartle broke down players in one of four types: Achievers, Socializers, Explorers and Killers. Achievers should be attracted to the Science Path, Socializers to the Settlers path, Explorers to the aptly named Explorer Path, and Killers to the Soldier Path. I've played all four paths in Beta through Level 7. Out of the four, Soldier seems to be the one that best fits its associated Bartle type.. As a Soldier, you get a variety of quests and missions that have you… kill stuff… with style. Explorer should be renamed the Jumping Puzzles path. I found the earl
Post a Comment
Read more I had one major goal this past Beta weekend. I wanted to run Stormtalon’s Liar (STL) with my Engineer Tank. I had had one previous experience with tanking as an Engineer around level 15 in the Adventure “Hycrest’s Rebellion”. Now at level 20, it was time to see what Wildstar’s dungeons had in store. First surprise  Upon hitting level 20, Stormtalon’s Lair did not magically appear in my list of dungeons I could queue for. After doing some digging, I discovered that first you have to go to the actual entrance of the instance. Then you can queue for it. Visions of The Burning Crusade danced in my head. Since this was my first go at STL, I opted to queue with both DPS and Tank selected. The queue popped almost instantly and I had been selected to tank. Prep  In Wildstar, you use action sets. These are the powers you have on your hot bar and can use during combat. At level 20, I’m limited to only 7 active powers. In addition to the powers themselves, the action set remembers the point
Post a Comment
Read more
More posts